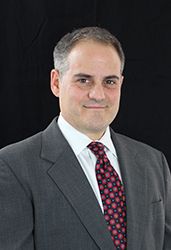 CFE, Vice President, Development & Member Services, IFA
Paul Rocchio joined the IFA staff in March of 1999 as Manager of Grassroots and Political Education, Promoted from Director to Senior Director in April 2013 and to Vice President in 2016. 'Paul is responsible for the retention and recruitment of new members while creating continued value-added benefits and services to existing members. He staffs the IFA Supplier Forum Advisory Board and co-staffs the Membership Committee. Before joining the IFA staff Paul worked at the International Mass Retail Association where he was Manager of State Government Affairs and prior to that was Associate Staff in the State Affairs Department of the Chemical Manufacturers Association (CMA). Before starting his association career Paul worked as an Equipment Technician and Surgical Assistant in the operating room at the Northern Westchester Hospital Center in Mt. Kisco, NY. Paul is a member of the American Society of Association Executives, received a Certificate in Nonprofit Organization Management from the U.S. Chamber's Institute of Organizational Management program in 2011, and is a Certified Franchise Executive.' He received his Master of Arts in Political Management from The George Washington University, Washington, D.C., and a Bachelor of Science in Political Science from Northeastern University, Boston, MA. 'He lives with his wife Julie and their four children in Alexandria, Virginia.