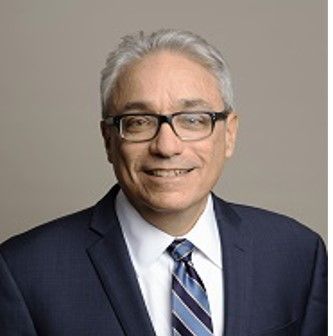 Partner, Einbinder & Dunn LLP
Michael Einbinder is a founding member of Einbinder & Dunn. Michael has an enormous amount of experience in a broad range of areas in the franchise field. Michael represents start-up, emerging and established franchisors and single-unit and multi-unit franchisees, as well as private equity investors in franchise transactions. Having represented franchisors, franchisees and investors, Michael brings that unique experience to bear for the benefit of his franchise clients. Michael’s franchise clients operate in a wide variety of industries, including restaurant, retail, hospitality, real estate, manufacturing, optical, recreation, business services, household and home improvement services, health care, education, child-care, children’s sports and pet care.
Michael represents franchisor clients in all aspects of their businesses, including assisting with the development of the franchise system, creating and updating the FDD and related agreements in response to legal and business trends, closing single-unit, multi-unit and master franchise sales (domestically and internationally), providing franchise sales compliance training and advising franchisors on regulatory issues. Michael also assists franchisor clients with corporate structuring, governing documents, trademark registrations and mergers & acquisitions of independent and/or franchised systems.
For single-unit and multi-unit franchisee clients, Michael reviews and analyzes FDDs as well as negotiates franchise agreements and related agreements. Michael also provides counsel to franchisees on corporate structuring and ownership agreements. Michael also assists franchisee clients with growing their organizations through mergers & acquisitions of independent businesses as well units within the same system or a different system.
For both franchisor and franchisee clients, Michael reviews and negotiates commercial leases (including, most prominently, retail leases). Michael also handles litigation, arbitration and mediation throughout the country for both franchisors and franchisees.
Michael is a frequent speaker on franchise issues and has authored numerous publications, including a chapter in the “Franchise Litigation Handbook” published by the ABA Forum on Franchising, “A Franchisee’s Guide to Franchisor Bankruptcy” published by the Franchise Law Journal, a chapter in the “Covenants Against Competition in Franchise Agreements,” Third Edition, published by the ABA Forum on Franchising, and a chapter in the “Franchisee Handbook” published by the ABA Forum on Franchising.
Chambers and Partners has ranked Michael as one of the top franchise attorneys in the United States for over a decade. Michael has also been listed among the top franchise lawyers by the Franchise Times since 2004 and has been recognized by Who’s Who Legal as being “among the world’s leading Franchise lawyers.”
Sessions